Since 1969, ATA Martial Arts has provided its members with a road map to success based on
self-defense, confidence and goal-setting skills. 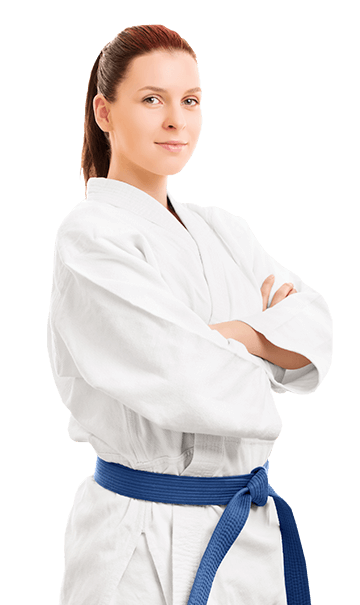 I KNOW HOW DIFFICULT AND CONFUSING
FINDING A MARTIAL ARTS SCHOOL CAN BE.

When I opened my school in 2001, I made a commitment to serving and empowering the community of Albany by teaching children and adults the confidence, leadership, and fitness skills that can only be achieved through martial arts. Our staff is comprised of highly professional certified martial artists who have over 50 years of combined teaching experience.

We Share & teach The Same Values You Teach At Home.

You may have experienced boredom with your usual fitness routine or reached a plateau in your performance or physical fitness results. ATA Martial Arts for adults is the perfect alternative to a boring gym routine, as it helps you develop into your maximum potential both physically and mentally by providing real-life self-defense strategies in a fun, focused environment.

Each instructor has passed an intensive certification process based on 40 years of tradition, research and development.

To Train in the
Highest Quality Martial Arts
Program Available

To Focus On
Personal Development
in a Positive Environment

To Offer Programs
Accessible & Enjoyable
by People of Any Age

WHAT IS SONGAHM TAEKWONDO?

Songahm Taekwondo is the style of martial arts practiced by ATA Martial Arts students.
The journey from White Belt to Black Belt (10 belts total) is one of incremental learning and skill development that students of any age any fitness level can embark on. In addition, we have trained in a variety of other forms of martial arts and self-defense, from U.S.M.C. Combat training to Krav Maga (Israeli Fighting System).

One of the most fun parts of martial arts training is the ability to test your skills by competing in a tournament. Tournaments are not only fun for competitors, but they also become a great social experience for parents as well! There are currently 130,000 ATA Martial Arts members worldwide. ATA Martial Arts students compete in local tournaments against other ATA schools, advancing from District levels, to State levels, to a yearly Spring National competition in Las Vegas, NV. The competition winners gather at the ATA World Expo Tournament in Little Rock, AR in the summer, competing against finalists from all over the planet in one of largest martial arts competitions in the world.

Our classes fill up quickly, therefore

Limited Trial Offers are Available, Act Now!
This is your chance to try our martial arts program at a reduced price with no commitments!

Our kids joined 2 months ago, the instructors are great at keeping them positive and energized. they love it!!!

We love the facility. Everyone is great. Thank you for doing what you do.

They are the nicest people staff is awesome. I have a lot of trust in them.

They're awesome and amazing humans that are patient, kind, respectful, and have a great sense of humor for all ages. My daughter Hazel has been attending for a few and it's been a blessing for our relationship and home life. Thanks, everyone!

I don't know if words can express how thankful I am that my kids and I joined The Pleu's school. My kids and I are growing in respect, strength, and self confidence. And we have only been going about 5 months. The instuctors are excellent at teaching and giving you ways of getting better if you listen. They try very hard to help us become the best martial artist we can. Thank you Pleu family!

My son had developed more self esteem, and greater focus. The instructors go above and beyond working with all types of behaviors and personality's. I cannot say enough about the Pleu's (owners). If you want a nurturing environment where your child can have fun achieving success.. Pleu's ATA Karate for Kids is the place to go!

Amazing for both of my boys, one has ADHD, the other wasn't so confident. Now they both have immensely changed, grown, learned for the better. Both are excelling in school, manners, and an urge to succeed! So very happy!